3D printing or additive manufacturing is a process of making 3D solid objects from a digital file. The manufacture of a 3D printed object is achieved using additive processes.

In an additive process an object is created by laying down successive layers of material until the entire part is created. Each layer can be seen as a thinly sliced horizontal cross-section of the eventual object.

So, How Does it Work?

Initially you need a digital file of the 3D object that you wish to produce. This design can be created in CAD (Computer Aided Design) using a 3D modelling program (for the creation of a totally new unique object) ór by using a 3D scanner (to copy an existing object). 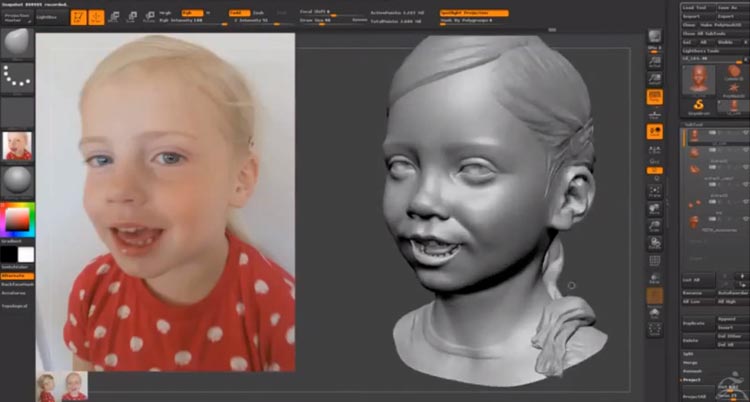 To prepare the digital file created in CAD ready for printing the first thing needed is an STL file. The 3D Printer software or specialist slicer software, slices the final model into hundreds or thousands of horizontal layers the resolution can be set by the user and for home 3D printers is typically between 0.05mm and 0.4mm.

Once complete, this file is then uploaded in the 3D printer, this can now be done via cable, SD card or even WIFI and then the printer creates the object layer by layer.

The 3D printer reads every slice (or 2D image) and proceeds to create the object blending each layer together resulting in one three dimensional object.

Methods and Technologies of 3D Printing

Not all 3D printers use the same technology to produce their parts. There are a number of ways to do it with the vast majority being additive, differing mainly in the way layers are built to create the final object. Some methods use melting or softening material to produce the layers.

Selective laser sintering (SLS) and fused deposition modeling (FDM) are the most common technologies using this format of printing. Another method of printing is to lay liquid materials that are cured with different technologies.

The most common technology using this method is called stereolithography (SLA).

This technology uses a high power laser to fuse small particles of plastic, metal, ceramic or glass powders into a mass that has the required 3D shape. The laser selectively fuses the powdered material by scanning the cross-sections (or layers) generated by the slicer software on the surface of a powder bed.

Once each cross-section has scanned, the powder bed is lowered by one layer thickness. A new layer of material is then added on top and the process is repeated until the part is complete.

All untouched powder remains as it is and is the support structure for the part. Therefore there is no need for any support structure which is an advantage over FDM and SLA. All unused powder can collect and then re used for the next print.

The FDM technology works using a plastic filament or metal wire which is unwound from a coil and supplies material to an extrusion nozzle which can turn the flow on and off.

The nozzle is heated to melt the material and can be moved in both horizontal and vertical directions by a numerically controlled mechanism, directly controlled by a computer-aided manufacturing (CAM) software package.

The part is created by extruding melted material to form layers, the material hardens immediately after extrusion from the nozzle.

FDM was invented by Scott Crump. In 1988, once the technology was patented he formed the company Stratasys. The software that comes with this technology automatically generates support structures as required.

The printer has 2 separate print heads, one one for the part being created and one form a disposable support structure.

The term fused deposition modeling and its abbreviation to FDM are trademarked by Stratasys Inc. The exactly equivalent term, fused filament fabrication (FFF) was coined by the members of the RepRap project to give a phrase that would be legally unconstrained in its use.

The main technology in which photopolymerization is used to produce a solid part from a liquid is SLA. This technology employs a vat of liquid ultraviolet curable photopolymer resin and an ultraviolet laser to build the object’s layers one at a time.

For each layer, the laser beam traces a cross-section of the part pattern on the surface of the liquid resin.

Exposure to the ultraviolet laser light cures and solidifies the pattern traced on the resin and joins it to the layer below.

After the pattern has been traced, the SLA’s elevator platform descends by a distance equal to the thickness of a single layer, typically 0.05 mm to 0.15 mm (0.002″ to 0.006″). Then, a resin-filled blade sweeps across the cross section of the part, re-coating it with fresh material.

On this new liquid surface, the subsequent layer pattern is traced, joining the previous layer. The complete 3D object is formed in this way. Stereolithography requires the use of supporting structures which act to attach the part to the elevator platform.

This technique was invented by Charles Hull, who also at the time founded the company, 3D Systems.

Request a Call Back