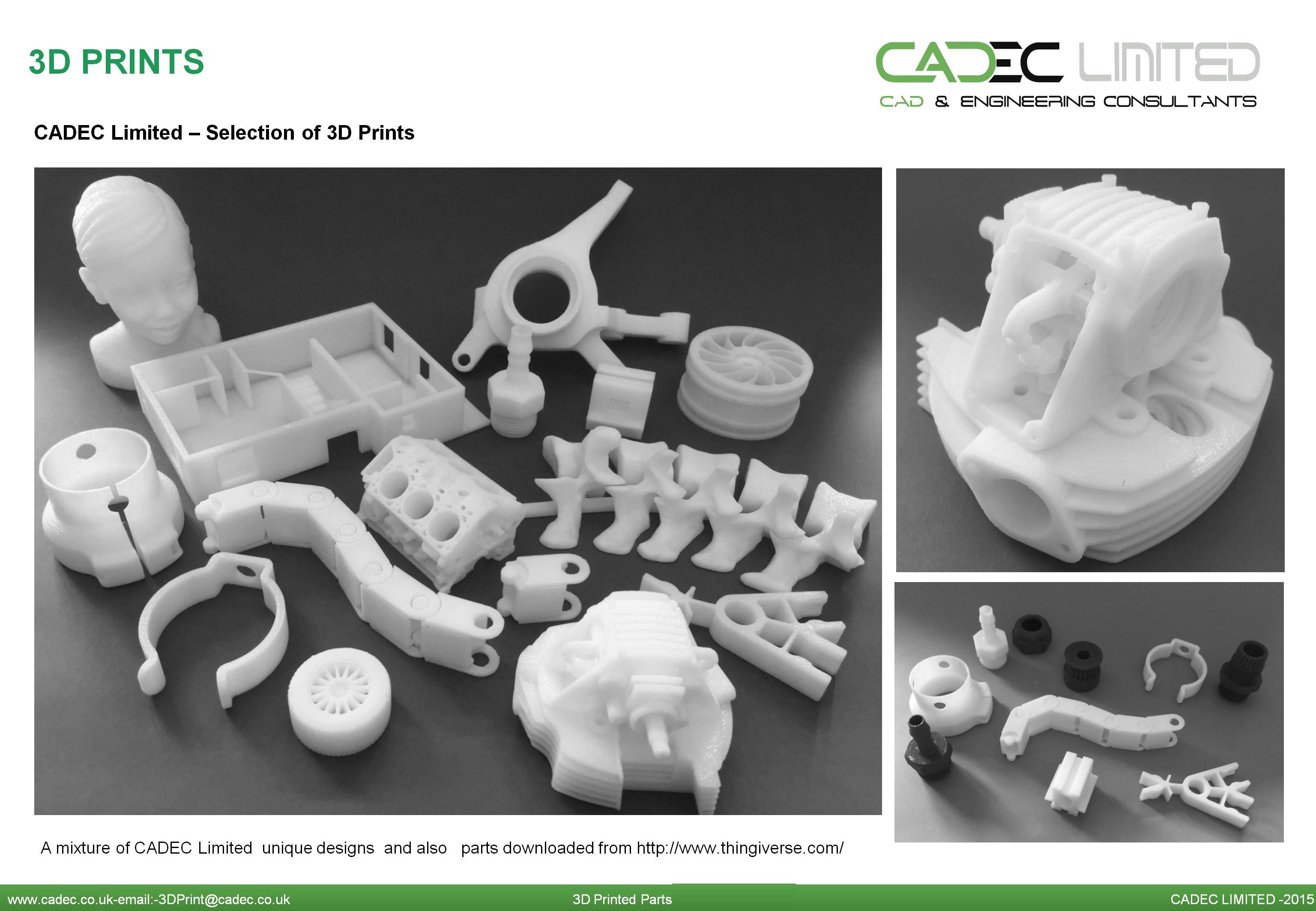 Other applications would include reconstructing fossils in paleontology, replicating ancient and priceless artifacts in archaeology, reconstructing bones and body parts in forensic pathology and reconstructing heavily damaged evidence acquired from crime scene investigations.

More and more Artists are now using 3D Printing and 3D Printing techniques also Scupltors, some of home have modified home 3D printers so that rather than extruding plastic or metal they can use clay.

The 3D Printing of food is being explored with very quick advancements in the technology as people look to push the boundaries and explore all the possibilities of the technology.

3D Printing technology is also being studied by biotechnology firms and academia for possible use in tissue engineering applications where organs and body parts are built using inkjet techniques. Layers of living cells are deposited onto a gel medium and slowly built up to form three dimensional structures.

Several terms have been used to refer to this field of research like: organ printing, bio-printing, and computer-aided tissue engineering.

Over the past few years the term 3D Printing has become more widely known and the technology is reaching a much wider audience than it has done in the past. To some it is a new term whereas in reality the technology has been in use for decades. Manufacturers have used these printers to create prototypes for traditional manufacturing and prototype development.

Using 3D printing for applications such as this is more commonly known as rapid prototyping.

Now, the cost is only in the thousands of pounds, and so changes can be made instantly on the computer and the prototype reprinted on the same day.

Personal 3D printing or domestic 3D printing is still mainly for hobbyists and enthusiasts and really started growing in 2011. Because of rapid development within this new market printers are getting cheaper and cheaper, with prices typically in the range of £500– £4000. This puts 3D printers into more and more hands

The RepRap open source project really ignited this hobbyist market. For about £700 people have been able to buy the RepRap kit and put together their own personal 3D printer, complete with any customizations they were capable of printing themselves on the printers they had just built .

What really speeds the development is the open source idea. Everybody working on the RepRap shares their knowledge so other people can use it and improve it again.

This rapid development of open source 3D printers continues to gather pace and interest in both the developed as well as the developing world and it enables both hyper-customization and the use of designs in the public domain to fabricate open source appropriate technology.

This technology can also assist in sustainable development as such technologies are easily and economically made from readily available resources by local communities to meet their needs.

Request a Call Back